##RARE## 1989 BMW M3 JOHNNY CECOTTO EDITION #428/505.Safer investment then money in the bank ?
Up for sale is this rare M3 E30 Johnny Cecotto edition, misanored with the perfect interior combo.
This car was fully restored into mint condition back in 2010, car was taken totaly down and renewed with new suspension, All bushes, all brakes are new inkl rebuild calippers. all brake hoses and pipes are new. bolts and nuts replaced. New HR Coilover kit.
Rear axle and transmission has been controlled and glas blasted. New stainless exhaust system with dtm header,New sport evoluton front fenders and inner fenders, ( more space for tires), original fenders and header comes with the car.
Engine was running perfect but due too restoration this was also taken down and totaly restored with new Je pistons, all seals and bearings. balanced rods and crankshaft. every part of the engine was glas blasted and painted too get it back too new look. all other parts like radiator, cooling tank, washer tank ++ is also changed for cosmetic reasons.
All work carried out by many years bmw enthusiast that put his soul into the car, the wallet was wide open when this car was restored, not saved on anything.
Would like this car too go too a collector,
NOTE: Only drive around 1000 km since restored, its not been driven in rain, only some sundays when the sun is shining.
If you want more photos take contact with mee. Car can also be seen / inspected by buyer here in norway,
Shipping: Due to earlyer car shipping it can probably bee shipped around the world for approx 3-3500 usd.
VIN WBSAK05050AE40759.
What distinguishes an E30 M3 Cecotto edition?
In order to celebrate the many competition victories of factory driver Johnny Cecotto, BMW produced a speical version of the E30 M3 during 1989 that was named in his honor. This model introduced the 215-hp version of the catalyst-equipped 2.3-liter S14 motor, still rated at 170 lb/ft of torque (though now peaking at a slightly lower 4,600 rpm). This engine, which would become standardized on European-spec M3s beginiing in September of 1989, can be identified in the Cecotto by its body-color valve cover. All other mechanical aspects of the Cecotto edition are identical to the standard E30 M3.
The M3 Cecotto was offered in the same three exterior color choices as the E30 M3 Evolution II: Misano Red (236), Macao Blue metallic (250) or Nogaro Silver metallic (243). It also featured the M3 Evolution II front and rear spoilers, and is further distinguished by its thinner rear window glass, chrome tailpipes, and 7.5x16-inch alloy wheels with unique metallic black centers. However, unlike the M3 Evolution II, the Cecotto does not include the front brake cooling ducts in place of fog lights.On the inside, the standard BMW sport seats were trimmed in a special Anthracite or Silver M-Technic cloth with Bison leather bolsters. As an alternative, Black Bison leather, Black extended Nappa leather or Silver extended Nappa leather could be specified at extra cost. Additional special interior features included door sill plates with a color "M3" insignia, an M footrest for the driver, an illuminated leather shift knob and a plaque on the center console that displays the signature of Johnny Cecotto, as well as the exclusive number of each car in the series out of 505. (In fact, 480 E30 M3 Cecottos were built in total, in addition to 25 nearly identical Ravaglia editions see below, for a grand total of 505 examples). All M3 Cecotto and Ravaglia editions were further equipeed with the green-tinted windshield stripe, power windows, internal headlight aim adjustment, on-board computer II and the cassette storage box, while all available equipment from the regular E30 M3 option list was offered at extra cost.
In addition to the initial 505 examples of the E30 M3 Cecotto and Ravaglia editions, the Swiss market later received its own special series of E30 M3 Cecotto models. These were produced in two batches, the first in October and November of 1989, and the second in April and May of 1990. A total of 80 examples were built, each identical in specification to the earlier M3 Cecotto edition, aside from being fitted with a special 211-hp (DIN) version of the S14 motor tailored for Swiss emissions regulations, as well as the later M-Technic II steering wheel that was introduced on all E30 M3s for the 1990 model year. Though equipped with a special center console plaque that bears the signature of Johnny Cecotto, the Swiss edition is not individually numbered 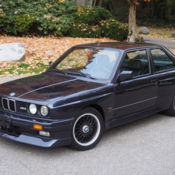 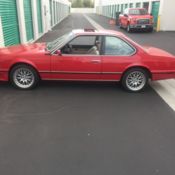 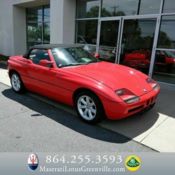 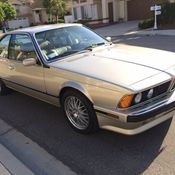 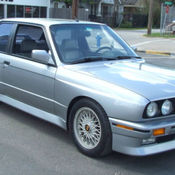 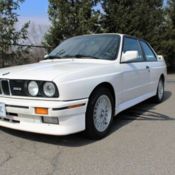 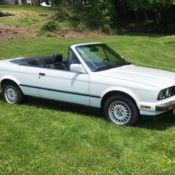 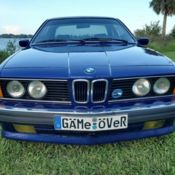 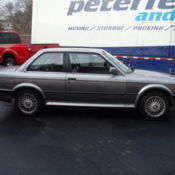 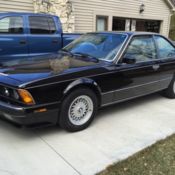