This 1960 Rolls Royce has been in storage since 2008. I bought the car from a man in Florida who hadoriginallybought the car when he lived in California and had it transported to Florida when he moved. He purchase the car from a lady who lived in Redwood City, alifornia. I have registration back to 1965 when it was registered to a Anna Belle Young of Redwood City, alifornia. The car runs and drives and is currently on a California Non - Op. The car is 55 years old and appears to never have been restored. Theoriginalinterior isworn, ee the pictures.The exterior paint is older. The roof (silver) appears to have been repainted 30 + years ago. It does not appear to have had any major body damage except there is a small scrape on the right front passenger fender corner (see picture) from a previous owner.. I have thousands of dollars worth of receipts from the previous owner,one such receipt is for $10,978.04 for an engine rebuild. This was done in 1992 with the mileage on the car at 118485 miles. The mileage on the car today is 28,344 (128,344) not sure if this is the true mileage as the car is 55 years old. The work was done in Santa Clara, alifornia. The airconditioning, adio and pass. side front door power window are not working. . Anyone who knows these old Rolls Royce's knows the braking at slow speeds is a bit suspect. The chrome and wood on the car is in nice shape, would not doubt that the car has beengaragedthe majority of it's life. This is a nice old car with great lines. The car is being sold As Is - Where Is. I Strongly suggest you come and inspect the car before bidding, his is a 55 year old car and has been stored the last 7 years and all systems should be checked out. Buyer is responsible for all transportation fees. If you have any questions contact me through Ebay. Car must be picked up by 12/1/2015 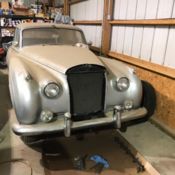 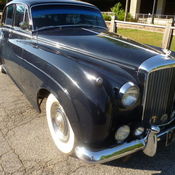 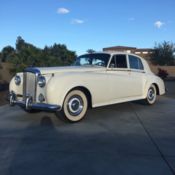 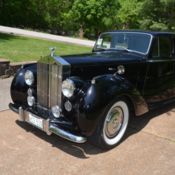 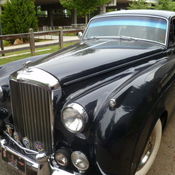 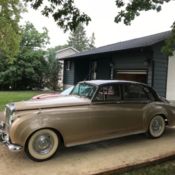 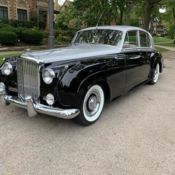 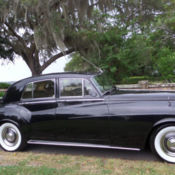 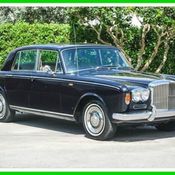 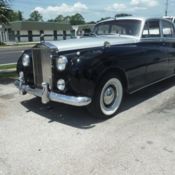