Continental chassis BC5LBY was originally delivered through S.A. DuGarage de L'Athenee in Switzerland, for their customer Ervin Piqueres. The new Bentley also had the distinction of being presented at the Geneva motor show in the year of its completion, 1961.

A man of fine taste, Piqueres selected one of what is believed to be just 36 total James Young bodied 4 door sport saloons, of which just 6 where factory LHD cars like this one. This legendary workshop was established in Bromley, south eastern London in 1863 originally building horse carriages and eventually graduated to automotive work in 1908. Their first effort on a Bentley frame was completed in 1921 and by 1937 the firm had been procured by Jack Barclay, famed London based Rolls Royce dealer. By the time Mr. Piqueres placed his order, James Young had long been established as one of the foremost premium Coachbuilders for the Bentley brand. BC5LBY had additionally been optioned with appointments such as: air-conditioning, white sided Dunlop tubeless tires, high frequency horn, and an electric Aerial as listed on the chassis specification sheet.

After spending some time in the alpine environment of Switzerland, the RROC lists that the big Bentley had traded hands to Ralph H. Kress of New York by the mid 1970's. For two decades it continued under his care until 1997. The RROC directory of 1999 then lists Richard Riegel Jr. of Delaware as the new owner.

The lightweight aluminum body has been finished in a brilliant Burgundy paint with exquisite Tan leather interior. Both were restored to a high standard by the specialists at Hilborn Motor Car Interiors in 2012. Alongside the cosmetic refreshments, the motor and transmission have been refurbished. The vehicle also had work done to the air conditioning system together with new brakes and tires. Tools and BDC/RROC records - including the build sheet can be found in the history file. A car of solid condition both inside and out, many more miles of high speed cruising will be easily achieved by the new owner. 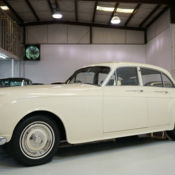 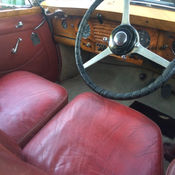 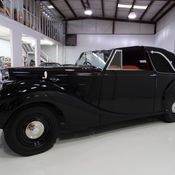 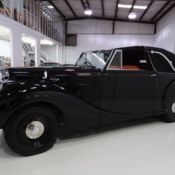 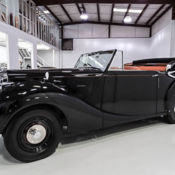 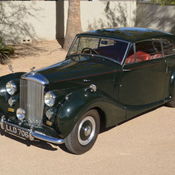 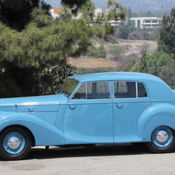 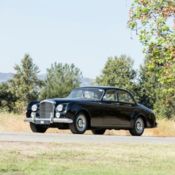 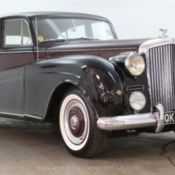 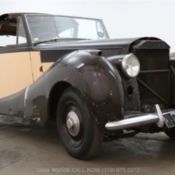