1962 Austin Healey 3000 MK2 BN7 Tri-Carb 2 Seater Roadster
Our1962 Austin Healey 3000 MKII BN7 Tri-Carb 2 Seater is truly a rare find, and is arguably the purest and most beautiful Austin Healey model.Only 355 BN7 2-seaters were built by Austin Healey, of which only approximately 220 are thought to still exist. To make the car even more valuable and rare, this Austin Healey is equipped withthe highly coveted center shift 4-speed overdrive gearbox. Only 125 BN7 2-seaters were equipped with this gearbox, with most BN7 models being equipped with the earlier side-shiftgearbox.Roughly, only 68 are thought to have been produced in LHD configuration.FullyprofessionallyRestored Black Plate California CarFull Matching numbers, Chassis, Motor and BodyTop, Tonneau cover, side curtainsChrome wire wheelsElectronic IgnitionPrepared for Unleaded Fuel UseNew AGM battery installed Feb 2020Aug 202, fully serviced and detailed for car showThe Heritage Certificate (see photos) is included with the purchase of the car.1961 to 1962 Austin Healey 3000 MKIII BN7 History:

In May of 1961 BMC upgraded their flagship model with three SU HS4 carburetors, modified valve springs and a new camshaft. Called the MKII, it was an alternative to the Jaguar E-Type.

The MKII was initially offered as an occasional 4-seat roadster called the BT7 or the 2-seat variant from known as the BN7. Both versions used flat front windscreens and detachable side curtainsin the style of a roadster.

The rear panel of the BT7 was cut out much deeper towards the truck to make room of the small jumper seats in the rear. As a result, almost all the road race and rally cars were built on the BN7 platform.

Later cars came equipped with a center-located top-loader transmission and a fiberglass transmission tunnel. Of these the BN7, top-loader is an especially rare and desirable combination.

Like the earlier 3000s, the MKII featured BMCâ€™s C-Series six-cylinder engine with a 4-speed + overdrive gearbox. It used a separate ladder-type frame and a steel body.

Production of the MKII BN7 was very limited to only 355 cars. Only 125 of the center shift BN7 were produced

MKII configuration was Americanized in late1962 with the introduction of the BJ7 Convertible. It replaced both models with a collapsible soft top, wind-up windows and curvedfront window. 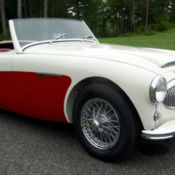 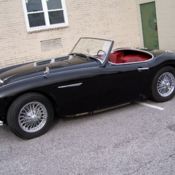 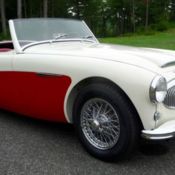 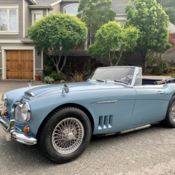 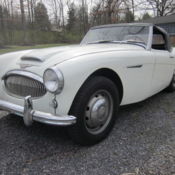 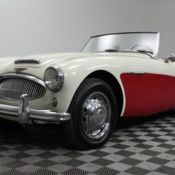 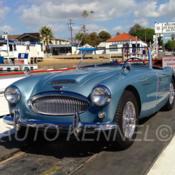 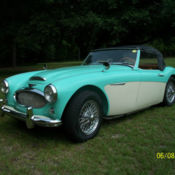 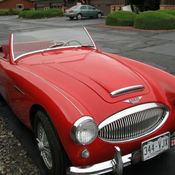 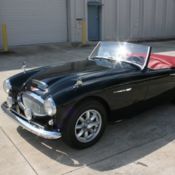