I can ship Worldwide .The reason why the BJ8 designation is so desirable is because there were such luxurious appointments only known to this final series. For example, while a nice dark wood fascia seems like a natural occurrence in British roadsters, this is the only version to have walnut veneer trim built into the dash. This provides the perfect framing for the Smiths gauges, and also is a nice complement to the wood-rimmed Lecarra three-spoke steering wheel. Not only is all of this looking fresh, but so are the door panels and carpeting. The BJ8 series also added a center console between the body-hugging leather bucket seats. While the back seats are best reserved for children or luggage, they are no less carefully stitched than the front buckets. The roof can be erected as easily as reaching back with one hand, and for added security, the MkIII cars came with roll-up windows instead of side curtains. Plus, the working heater means you can keep the top down even into the colder months â€“ in the true British grand touring spirit. Rarely do you find an engine bay that is this neat, tidy, and correct. But more than just look like a time capsule, this is desirable because final series Healey have the best motor. The 2.9-liter inline six was upgraded to twin SU carburetors. This yielded a 14% boost in power to push it to 150 HP - the most powerful Austin-Healey ever. The throaty baritone from this heightened motor is exactly why everyone wants a Big Healey. You can keep this sound going for as long as you want because the four-speed manual gearbox gives you complete control. But the best part is the last of the Austin-Healeys were also built for the long trips as well, so this is an overdrive transmission. Add in front disc brakes and exceptional nimble handling, and this make this a great back road companion. 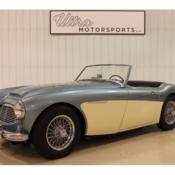 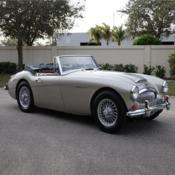 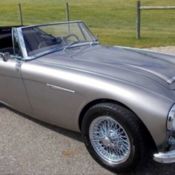 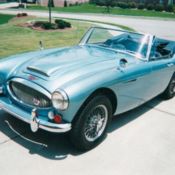 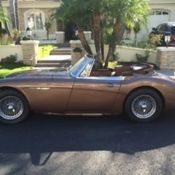 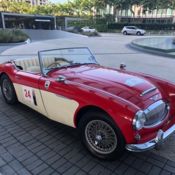 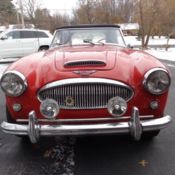 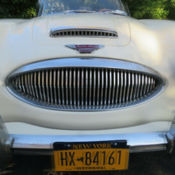 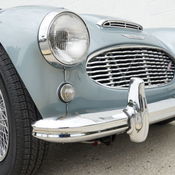 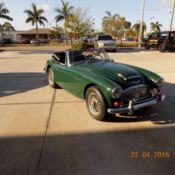