The MK III also received a revised exhaust system designed toclear a low speed bump without damaging the car, a fix toa problem that had plagued Austin Healeys since 1953. Passenger accommodations include roll-up side windows ( introduced on the BJ7 three years earlier) and a luxuriously trimmed interior with a wood-faced dashboard and center console. Under the hood, a previously optional vacuum brake booster for the front disc and rear drum brakes was made standard on all BJ8 models.

This specific BJ8 is aBritish Motor Industry Heritage Trust (BMIHT) certified matching numbers car. It is finished in its stunning original color, Colorado Red, and two stage urethane was used in two separate paint applications to give the color extreme depth and luster.

The car was received a complete and comprehensive ground-up restoration by Healey Lane of Riverside, California. All technical systems – including the entire drivetrain, fuel system, electrical system, stainless steel exhaust system, suspension and brakes – were rebuilt or replaced as necessary. The interior was fitted with a refinished walnut dash, rebuilt original gauges, new Amblacovered seats with chrome piping, and black carpets. A new windshield was installed, as were five chrome wheels. The car comes complete with a full complement of tools, including a new spare tire hammer.

Total mileage is 60,733, with the car being driven only approximately 200 miles since restoration (to test and debug the vehicle). It has spent the majority of its life in California, Arizona and Florida.

Full photo documentation of the restoration, original service documents, and the original driver’s handbook are included with the sale of the car.

This vehicle is eligible to be sold and shipped internationally.

More photos and information available on our website!
For a prompt response to all questions and inquiries, please call:
Kim Baker413 329 0214
Note: this vehicle is also being sold locally, and as such as reserve the right to end this auction early. 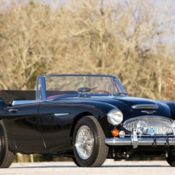 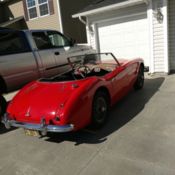 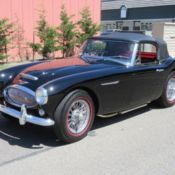 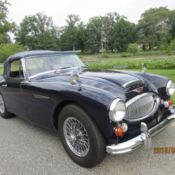 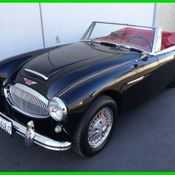 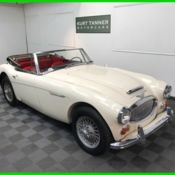 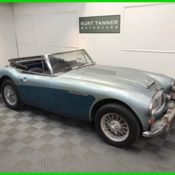 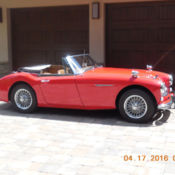 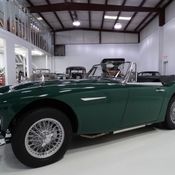 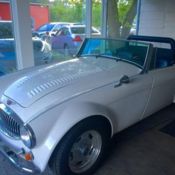