Up for sale is the best year for a Javelin AMX! Super rare to begin with, but this is 1 of 18 Diamond program cars that weâ€™re used in summer months to check up on and rate corporate owned Sunoco stations as part of their beautification program. Basically the company hired the daughters of executives and gave them a new AMX to drive around in and rate the cleanliness of the stations bathrooms, etc. this car was purchased in the 73-74 range by a Sunoco executive and he gave it to his son to drive to high school, and then the younger son got it for the same purpose and he had the car for over 40 years until I bought it from him this summer with the intention of building a replica of Mark Donahueâ€™s 1971 Trans Am race car. The cost was too prohibitive so I am selling the car. The car was restored some 15 years ago and used very little. It runs and drives very good but needs attention (tune up) if you want to bring out full potential & get it to show car level. Itâ€™s a 360/4 and a 727 car but I donâ€™t believe either are original to the car. Body is totally solid and not rusty junk. But this is a driver quality car. Quarters were patched along the wheel arch during the restoration. Interior is in great condition. The paint is very nice, but if I was going to keep the car I would wet sand and buff to make it show ready. And this is a factory 00 (special) paint code car, and yes, that is the original color and was only available on one of these cars. Inspections are welcome. The car is sold without any warranties express or implied. The car is for sale locally so I reserve the right to cancel the auction. Please, serious bidders only with the money to buy the car. I donâ€™t need help selling and I am not going to consign the car. If you are serious and you have questions call or text me at 315-525-1075. Thanks-BernieOn Nov-23-20 at 17:46:12 PST, seller added the following information:

I just posted a pic of an article about this very car that is from AMOâ€™ s â€œAmerican Motoringâ€™s volume 31 issue 1 from Jan/Feb 2007. That is who I bought the car from. This car is legit. Look at you old issues ! Thanks for all of the interest in the car. I am very confident itâ€™s going to sell. Good luck. Bernie

Thanks everyone for their interest in the AMX. I forgot that I have set it up for an automatic relisting but since it did not sell locally as yet it worked out. I had reduced the reserve to $23,500 and that is the buy it now as well. And that is the bottom line as that is exactly what I paid for it. So while I do want to sell it, Iâ€™m not going to do so below $23,500. I have some extra parts that I will throw in with the sale that I got when I bought the car as part of that deal, plus the info regarding the car (articles, etc.). I just wanted everyone to know that itâ€™s $23,500 or Iâ€™ll put it in storage and maybe get to build my Trans Am car sometime in the future. Any questions just give me a call. 315-525-1075. Thanks-Bernie 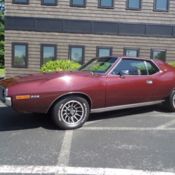 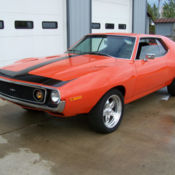 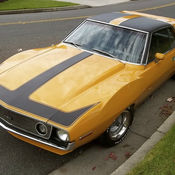 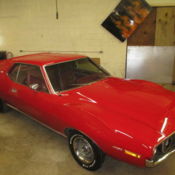 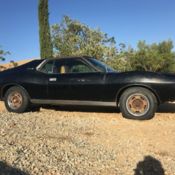 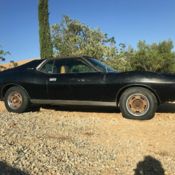 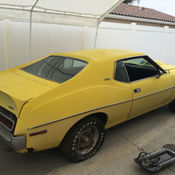 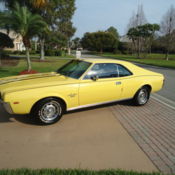 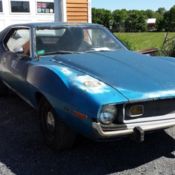 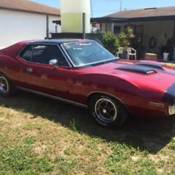