1986 Alfa Romeo Spider VeloceEuropean Model48,xxx miles2.0l fuel injected 4cylinder5speedAlways garaged & never been driven in salt& snow.Excellent 95% original conditionAll new brakes (calipers, rotors & pads)All fluids changed about 600 miles ago.This car is 100% ready to go. I drive it about once a week.There is no rust and the car runs and drives perfectly.Comes with original tool roll/pouch, correct matching full size spare and correct jack.Steering wheel is in perfect condition (not sure why a lot of people ask)It's had an aftermarket radio/CD installed but the original factory radio is included with the car.It does need new tires. The tires that are on it only have about 6000-7000 miles but they are 23 years old and are cracked.The black cloth top was replaced around 1994 but look like new.There are no stains, cracks or Tears in the leather or vinyl.As I said before, this is an European model and not the version built for the American market. The radio antenna is in the windshield instead of that ugly rear fender mounted unit, it has a stopwatch/lap timer clock, slightly different environmental controls & misc. other little things.My understanding is that it was originally bought in Europe by an American interpreter, driven there for a while & then shipped to the states in 1993. There is no record of title before then. It was traded to a local dealer in 1993 with 41,000miles on the odometer. In early 1994 it was bought by a retired gentleman and rarely driven, he only added 6000 miles before he passed away in 2014. His grandson inherited the car but only drove it a few times. This Past April my wife bought it for me as a birthday present and I've driven it about 700 miles. Because it had been stored for so long I had all of the fluids replaced (oil, filter, transmission & differential, brake & clutch). At the same time I went ahead and had all new brakes including front hoses installed.The only issues with the car are:Dent in the facia and a small dent in the driver door (I tried to photograph then best as I could)Driver side door panel needs new clips at the top. It's not falling off but us a bit loose.Passenger window occasionally sticks.There is 1 loose stitch on the driver seat.I was quoted $150 to fix the minor issues to the interior but haven't had the time to get it in to the shop.
I'd love to keep the car but my wife has a birthday coming up soon and I'd really like to surprise her with a corvette. And have no room for 2 toys.
I've tried to give as accurate of a description as I could.Car is sold as is/where is with no warranty. Shipping or pickup must be within 7 days unless other arrangements are made.Deposit required at end of sale and payment in full within 3 days.I have the car listed locally & reserve the right to end the auction early.I will pursue Non paying bidders so if you bid you better be prepared to pay. 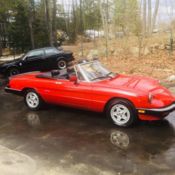 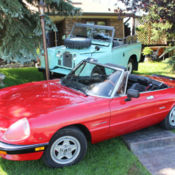 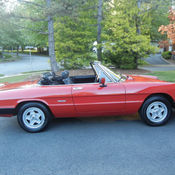 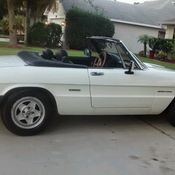 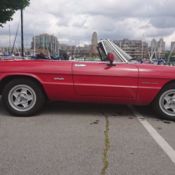 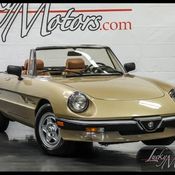 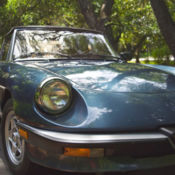 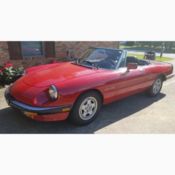 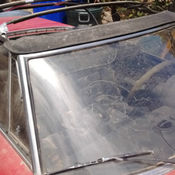